As we enter 2018, we have much to look back on and celebrate as proud Republican accomplishments.  Donald Trump has completed his first year as President of these United States and, while the elite media does not tell you about it, he and his administration have accomplished quite a bit.  Arguably, his most important action so far was the selection of conservative Neil Gorsuch as an Associate Justice to the United States Supreme Court further protecting the U.S. Constitution from those who wish to destroy it.  Tax reform was the first major piece of legislation coming out of this Congress and signed by the President.  Immigration is next and will prove to be a very contentious subject between the parties.  President Trump identified the goals for his administration for this upcoming year in his triumphant SOTU address and we clearly saw the destructive liberal agenda on display by their behavior during the speech and by the rambling and confusing Democrat responses aired afterward. 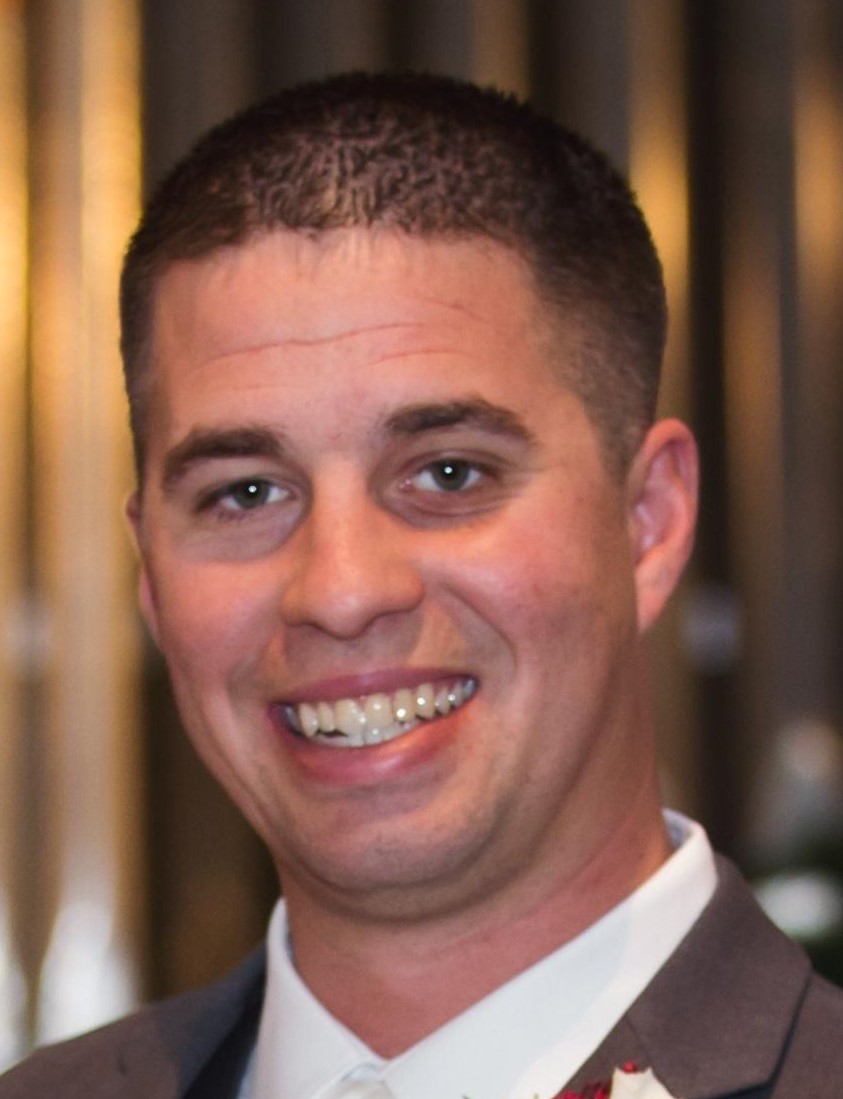 Locally, in October, the Tazewell County Republican Executive Committee held interviews and made the selection for the appointed Tazewell County Coroner to replace the retiring Dr. Jeff Baldi.  They were fortunate to have an extremely talented and qualified candidate pool for this position.  It was a difficult decision as any of these candidates were fully capable of carrying out the duties of this important elected office.  In the end, their selection was to submit Brian Foley, the current Allin Township Fire Chief and a Deputy Coroner in McLean County to the Tazewell County Board for approval. Mr. Foley was approved overwhelmingly at the October 16th County Board meeting.

We are also seeing the campaigns for various races heating up.  Yard signs are cropping up and debates are taking place.  Don’t forget to do your civic duty and take time to learn about these candidates and the offices they are running for; then cast your vote on Election Day!  It is part of what American Exceptionalism is all about; the freedom we have in this nation to govern ourselves.

2018 brings us a busy schedule in Tazewell County and we plan to hit the ground running hard.

Lincoln Day Dinner.  On February 23, the Tazewell County Republican Central Committee will host the annual Lincoln Day Dinner at the East Peoria Embassy Suites.  This is our main fundraiser of the year so please put this date on your calendar and plan to attend!  This year’s dinner will feature three prominent Illinois leaders who will discuss the issues we face today.  Senate Minority Leader Bill Brady and House Minority Leader Jim Durkin will answer Illinois focused questions in a panel discussion format and U.S. Congressman Darin LaHood will give a Washington legislative update.  Ticket prices remain the same at $75 per person.  Save the date and come mingle with your fellow Republicans.  See the graphic for reservation information! 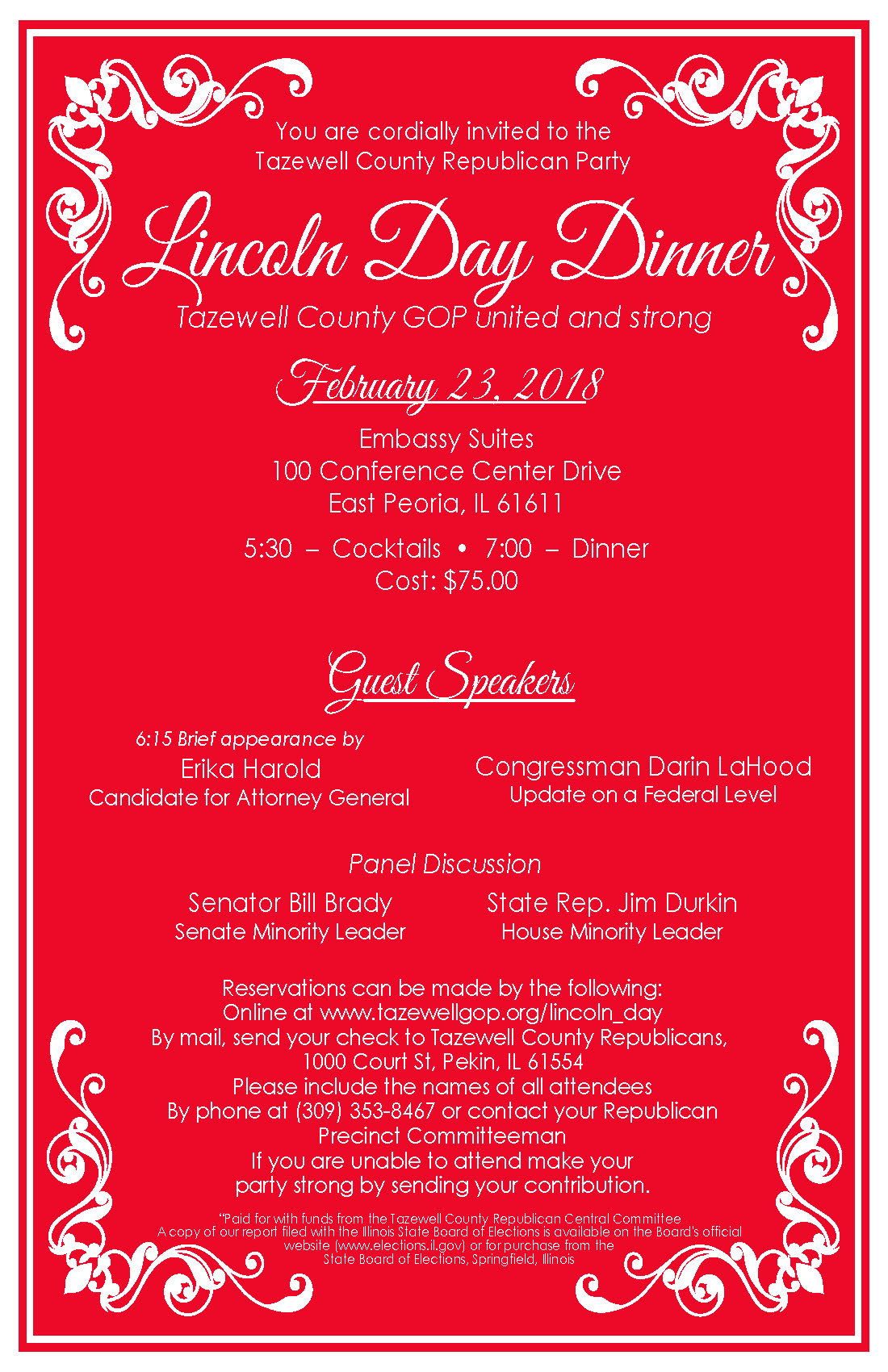 Election Day.  March 20th is primary election day in Illinois.  There are key races you will vote on to determine who will go forward to the November, 2018 general election as our Republican candidates for local Tazewell County offices and for state offices including Governor.  Tazewell County Republican Precinct Committeemen will be gearing up to walk their precincts and discuss with their neighbors the candidates who are vying for your vote.  As a reminder, early voting in Illinois begins February 21, 2018.  Visit the Tazewell County Elections Office website for more information regarding past and upcoming elections.

Summer Activities.  This summer will, once again, be full of fun festivals and parades as the Tazewell County Republicans get out and spread the word about the Republican platform and its ideals.  It is also a time for us to look for and bring in to the fold, those committed citizens who want to join, and perhaps eventually lead, the greatest party on earth, the GOP! If you are looking to get involved, you can contact your local Precinct Committeeman or contact the Tazewell County Republicans directly at www.tazewellgop.org.  We need you!

The Tazewell County Republicans are in need of two Precinct Committeemen volunteers to serve on a short-term committee to audit the current bylaws as well as the 2017 financial records.   This is an excellent way for you to volunteer and fulfill your duties and responsibilities as a Precinct Committeeman.  Contact Mary Burress or Jim Rule at the Tazewell County Republicans to get involved. 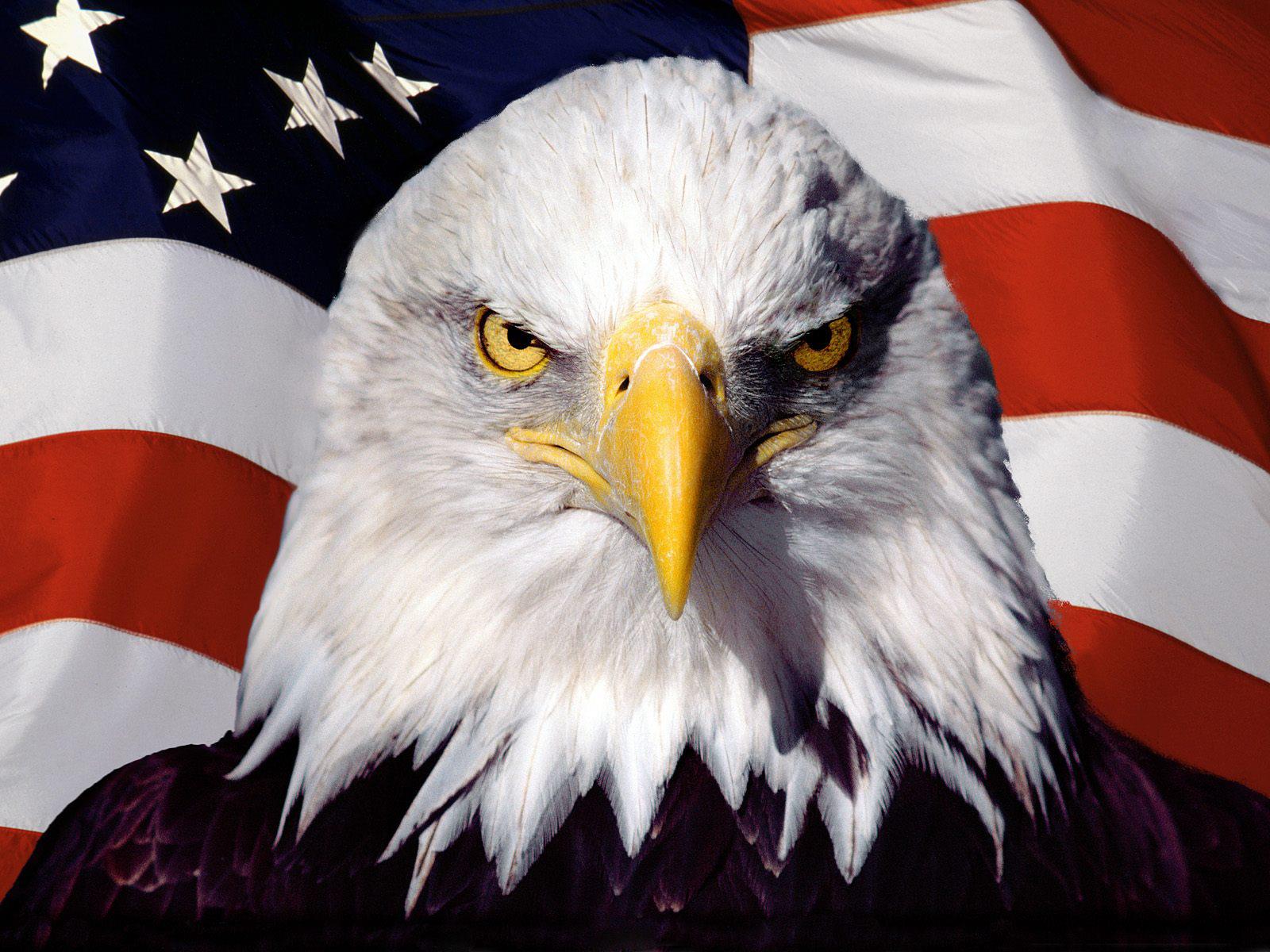 The colonists of early America were inspired and galvanized to revolution not only by the tyrannical actions of King George III and the British Parliament but also by the events of the English Civil Wars 100 years earlier where King Charles I was eventually beheaded.  Enlightened thinkers such as Locke, Voltaire, Montesquieu, Rousseau and Bacon as well as biblical influences such as St. Paul were instrumental in the ideas the Founding Fathers had for the new world; that freedom and liberty were rights given to us not by monarchs and kings but by Divine Providence and that we, as a people, would create a government with limited powers to define laws and oversee its affairs.  It is from that conviction the Declaration of Independence was written and, as a charter to uphold that important document, the Constitution was created.

The Declaration expressed the wants, the will and the hopes of the people of the new world and it informs us of the truths on which the Founding Fathers predicated the establishment of the new nation. These truths, or First Principles, became the cornerstone of the American experiment; principles that fifty-six American colonists pledged their lives, their fortunes and their sacred honor to.  They ultimately paid a severe price for that pledge but the First Principles are still the heartbeat of the freedom and liberty we enjoy today.  Alexander Hamilton, writing in Federalist 31, eloquently defined first principles: “In disquisitions of every kind, there are certain primary truths, or first principles, upon which all subsequent reasonings must depend. And there are other truths…which (are) so obvious in themselves, and so agreeable to the natural and unsophisticated dictates of common-sense, that they challenge the assent of a sound and unbiased mind, with a degree of force and conviction almost…irresistible.”

So what were the First Principles?  We all know them.  “We hold these truths to be self-evident, that all men are created equal, that they are endowed by their Creator with certain unalienable Rights, that among these are Life, Liberty and the pursuit of Happiness…”  They are as important today as they were in 1775.  It is our charge to uphold these principles so that freedom and liberty prevail. 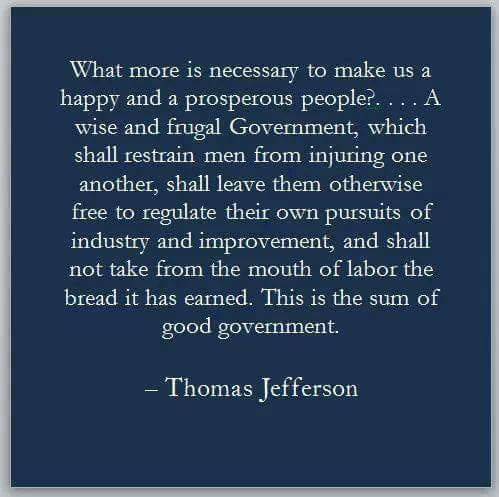