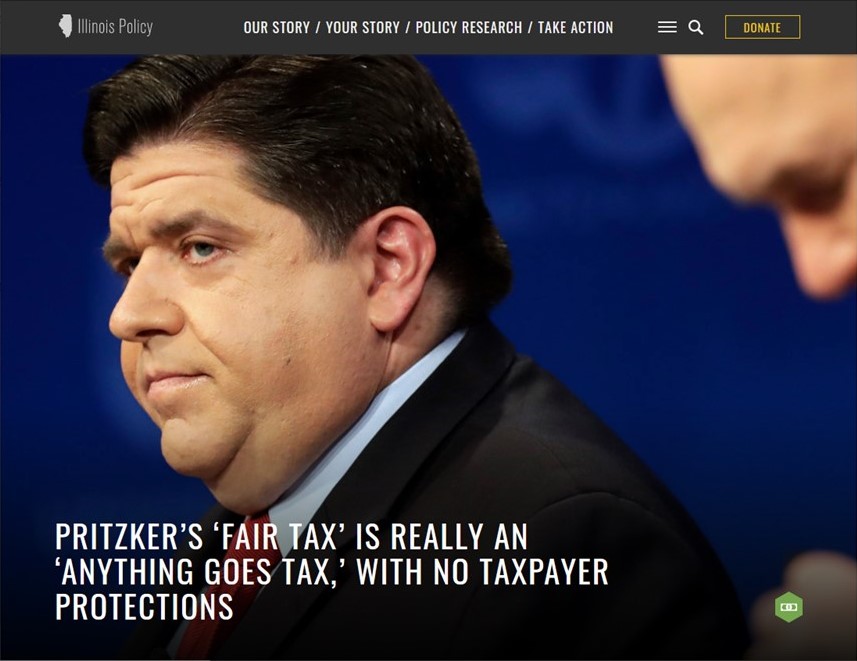 Pritzker's 'Fair Tax' is really an 'anything goes tax,' with no taxpayer protections

On the November 3 ballot will be a proposed amendment to the Illinois Constitution.  This is being promoted by Democrats as the "Fair Tax" amendment.

Tazewell County Republicans urge you to vote No.

You probably received a blue mailer from Secretary of State Jesse White.

Are you shocked that the Illinois General Assembly would be misleading?  Tazewell County Republicans are not shocked.

The truth is that the wording of this amendment eliminates all protections for Illinois taxpayers.  Protections that limit Speaker Madigan and the Illinois General Assembly when they raise taxes on personal and on corporate income.

The existing constitution permits only one tax on personal income and that one tax can have only one rate.

The proposed amendment allows many taxes on personal income and each of these taxes may have many rates.

Voting NO on the proposed amendment will help avoid the chaos that Madigan and the Illinois General Assembly can afflict on us.