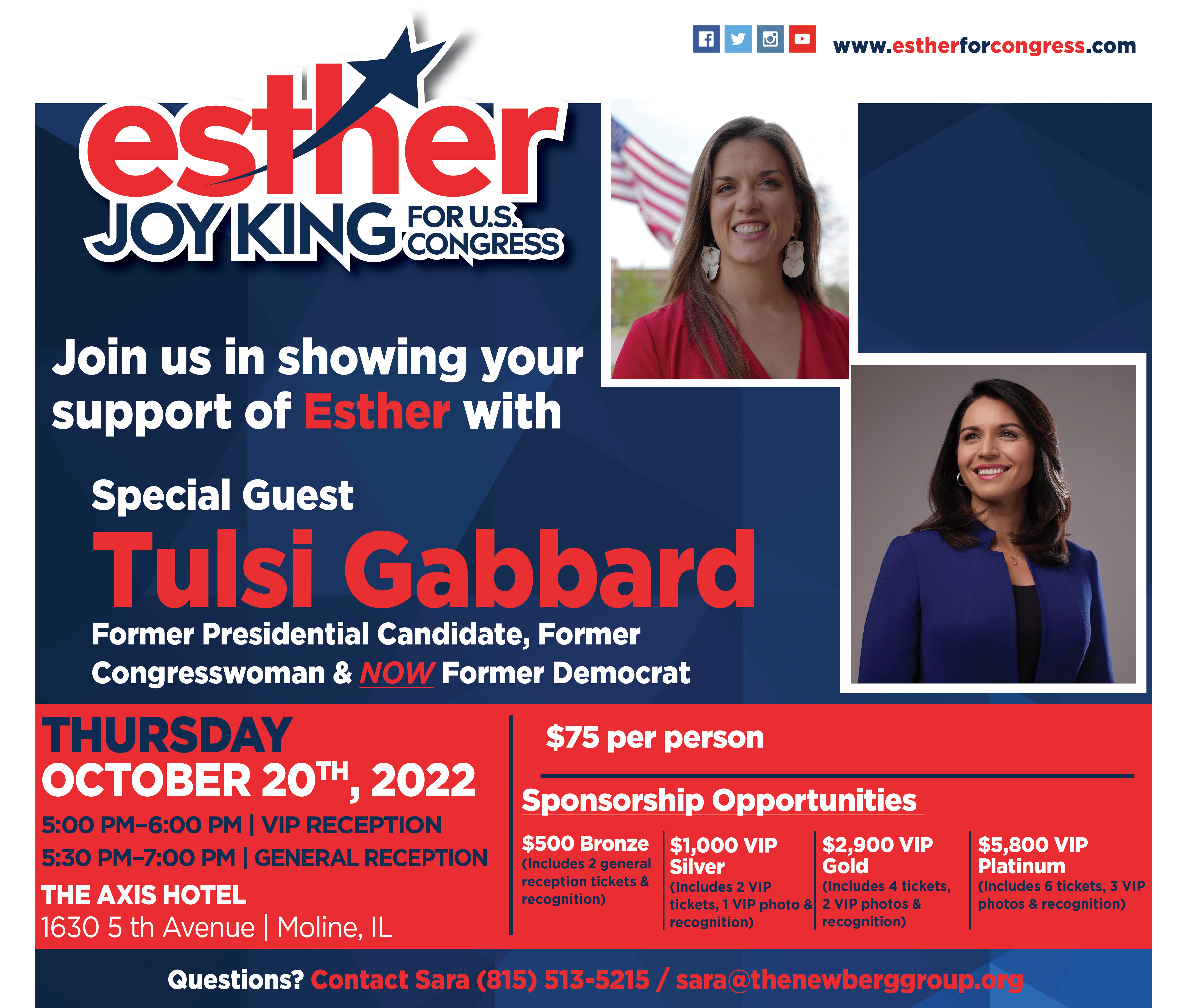 A quick update in regards to Thursday's event at The Axis Hotel in Moline. We have added a special guest to our event.

Former Congresswoman, former Presidential candidate, and former Democrat Tulsi Gabbard will be joining us as Esther's special guest. You may have seen some national headlines recently that Tulsi announced she's leaving the Democratic party citing they are now the party of the woke, elitists, pro-open borders, and anti-police. Come hear from her in her own words about why she has decided to make this move just weeks before the election, what the future holds for her, and why Esther's race is so important nationally.

In addition to the event, we have added a VIP reception from 5-6pm. VIP Reception Sponsorships are available starting at $1000.

Esther's campaign is one of the top races in the country as we look to take back the House in November!  We have 22 days until the General Election and your investment is important to Esther's success.

Thank you for your support!  We have the momentum and work ethic to win the 17th District!