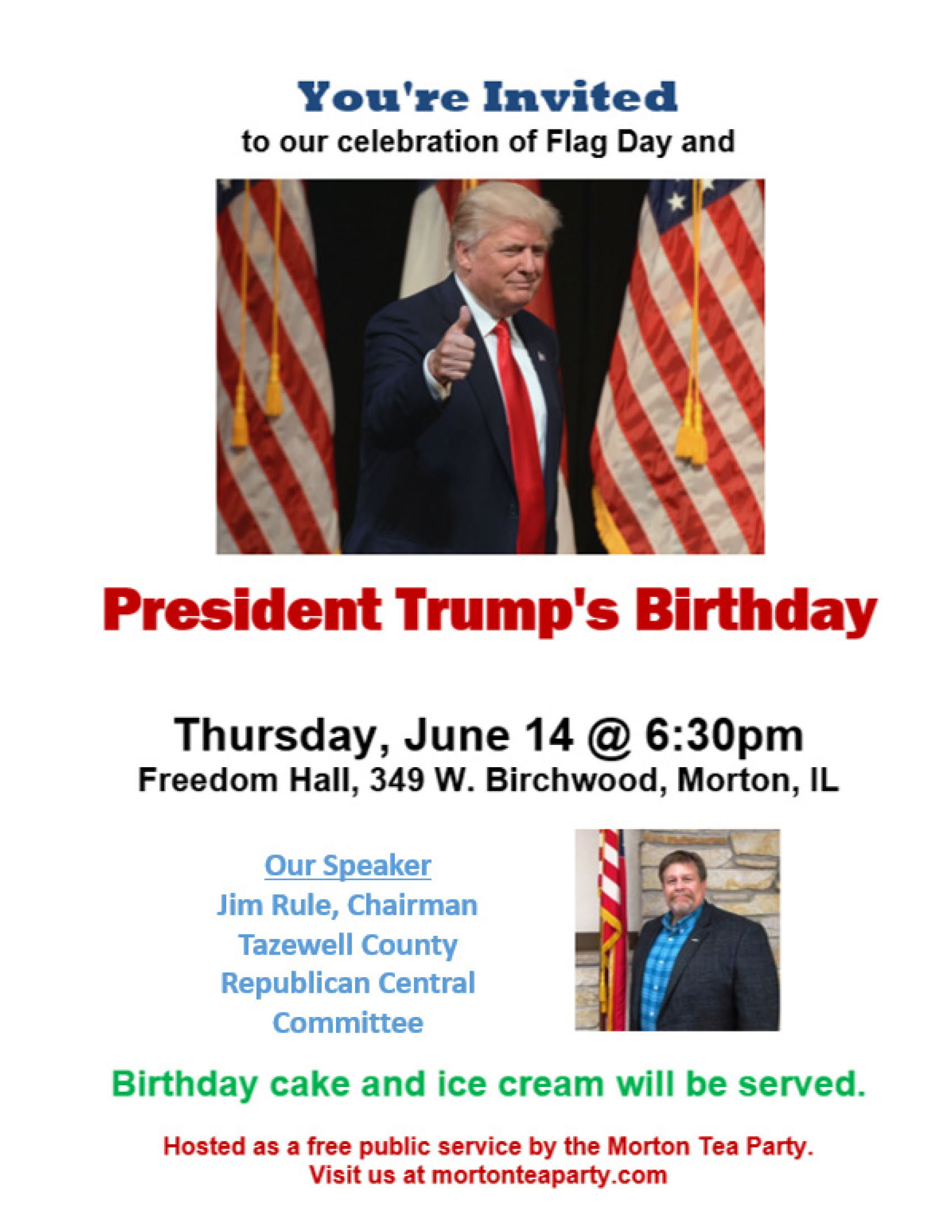 The Morton Tea Party is inviting all Tazewell County Republicans to their regular monthly meeting on Thursday, June 14, 2018.

President Truman signed an Act of Congress designating June 14th of each year as National Flag Day, following over 60 years of ad-hoc celebrations across the country.  In 1885, BJ Cigrand, a schoolteacher, arranged for the pupils in the Fredonia, Wisconsin Public School, District 6, to observe June 14 as 'Flag Birthday'.  June 14 is the day in 1777 that the Flag Resolution of 1777 officially named the Stars and Stripes as the flag of the United States of America.

A real celebration will be held, including birthday cake, ice cream and birthday surprises.

Jim Rule, the new chairman of the Tazewell County Republican Central Committee will help the Morton Tea Party with the celebration.  This will be a great opportunity to get to know Jim.