The Tazewell County Republican Women are proud to invite you to their July meeting, celebrating Republican primary election winners. 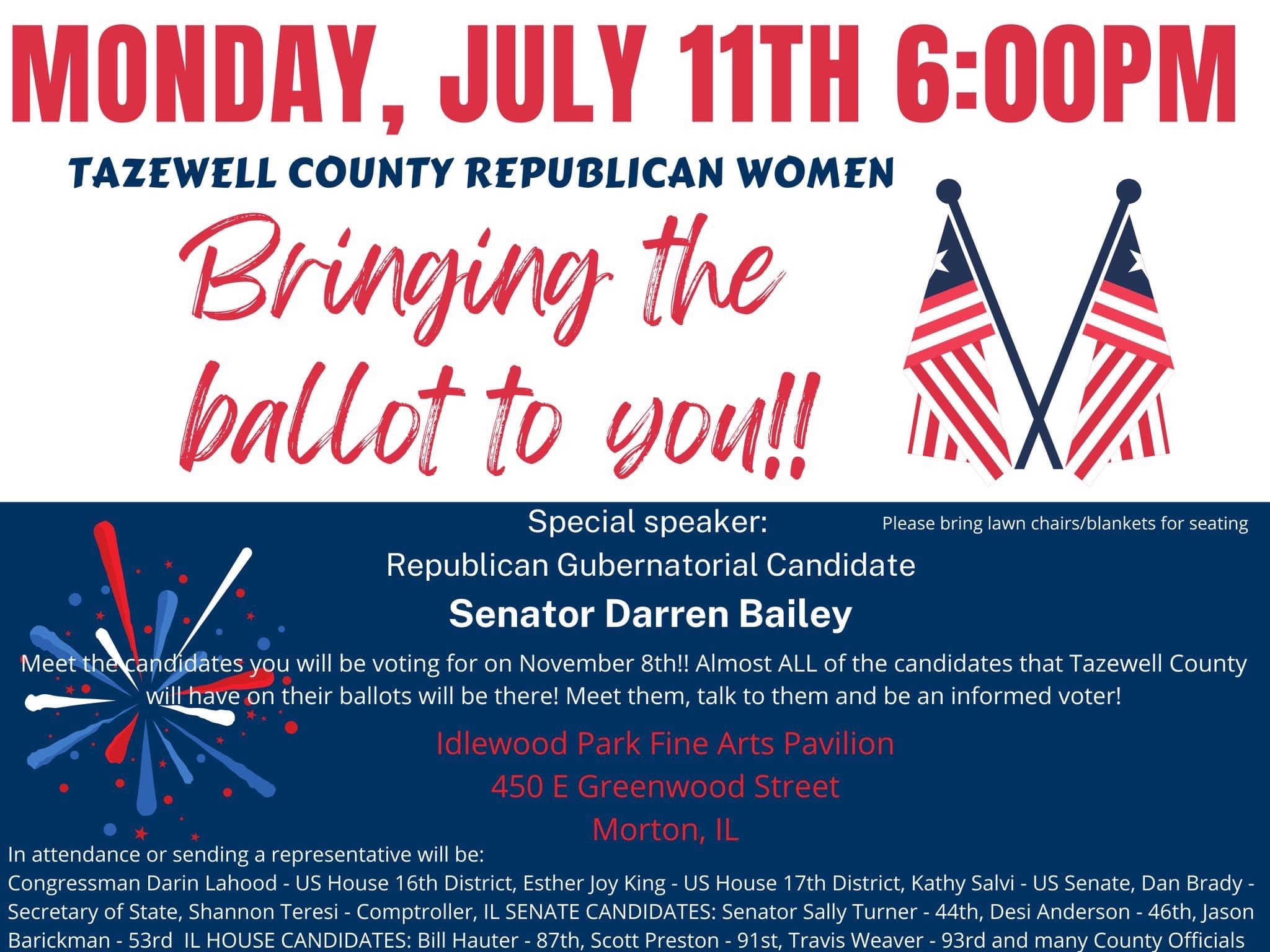 Headlining the meeting is Darren Bailey, the Republican Candidate for Governor of Illinois.

Darren Bailey will be introduced by Rep. Darin LaHood who is the Republican Candidate for the 16th Illinois Congressional District of the U.S. House of Representatives.

Also confirmed for attendance are these Republican Candidates for the November 8 election:

Idlewood Park's concession stand will be open.  Volunteers from Morton's American Legion Post 318 will have a variety of sandwiches, drinks and snacks available.