This is a quick recap of upcoming events so make sure you mark your calendar.  First, enjoy a few pictures of the successful and fun Hopedale 4th of July Parade!  Not only did Hopedale have an excellent turnout of parade watchers with lots of kids, families and veterans, the Tazewell County Republicans had a fantastic turnout to walk in the parade.  Special thanks to Mr. Rick Vance of Tremont for lending the use of his Dodge Ram 5500 to pull the iconic Tazewell County Republican Trolley!  It was a perfect tow vehicle and we sure appreciated it. 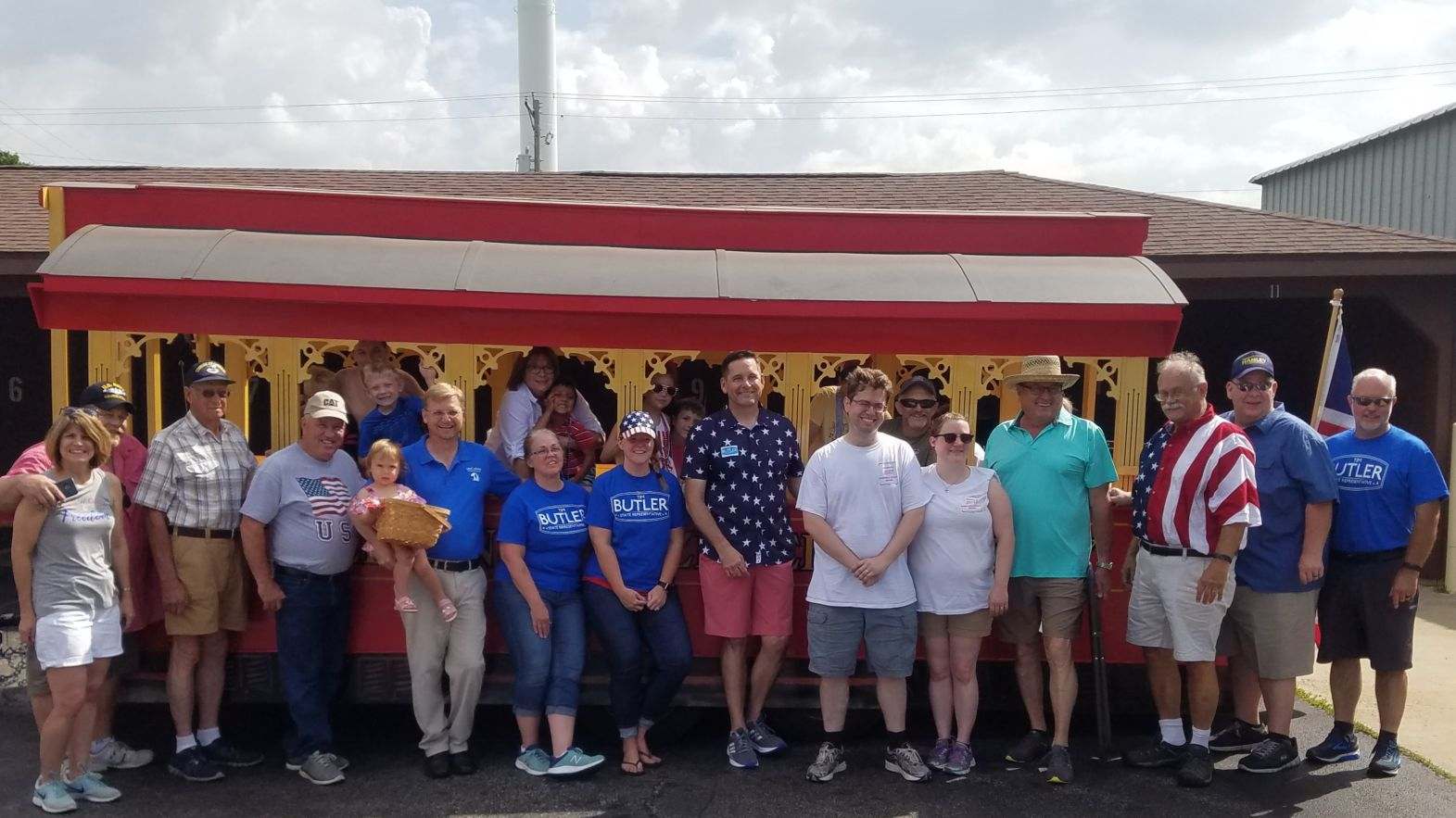 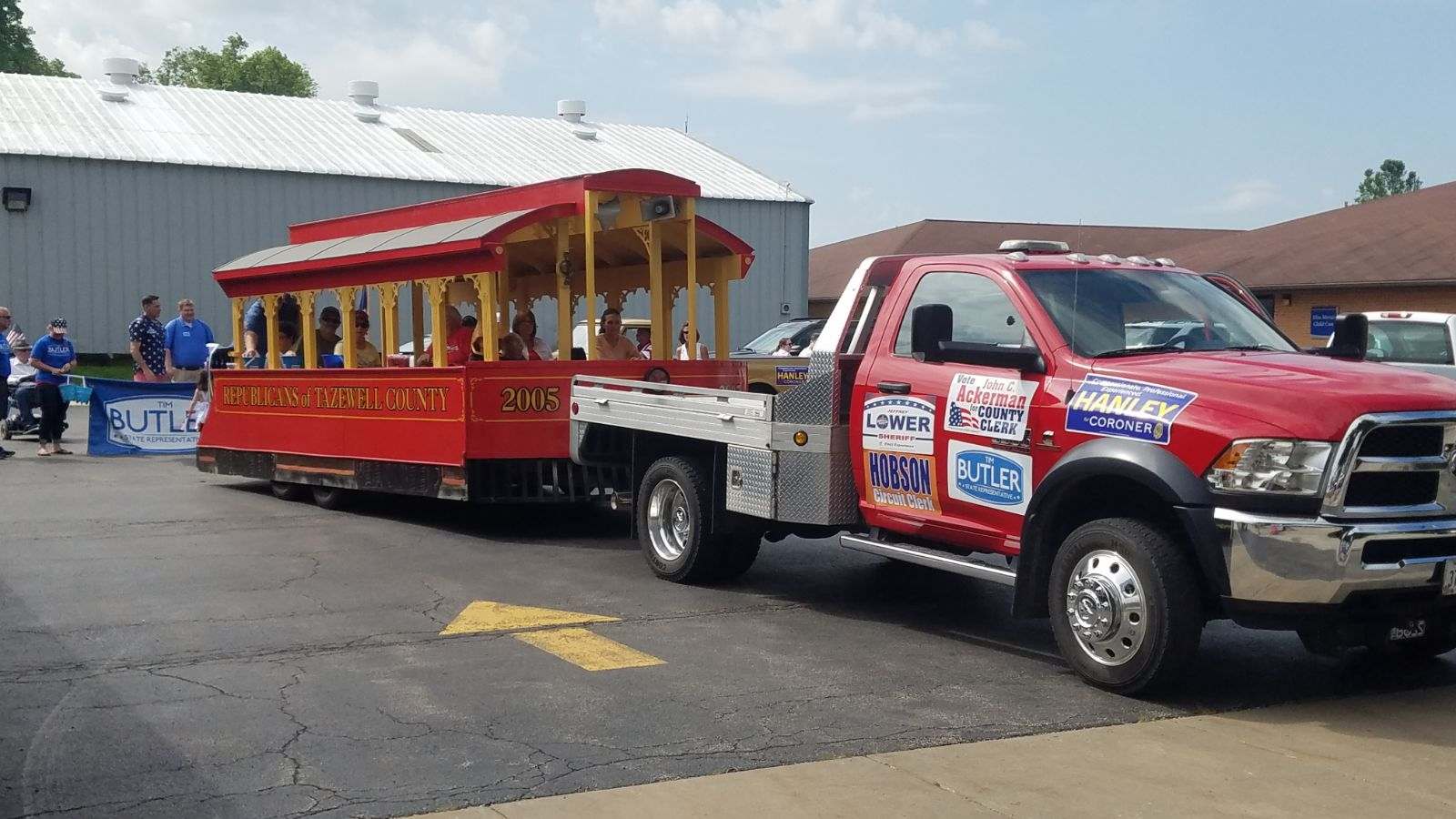 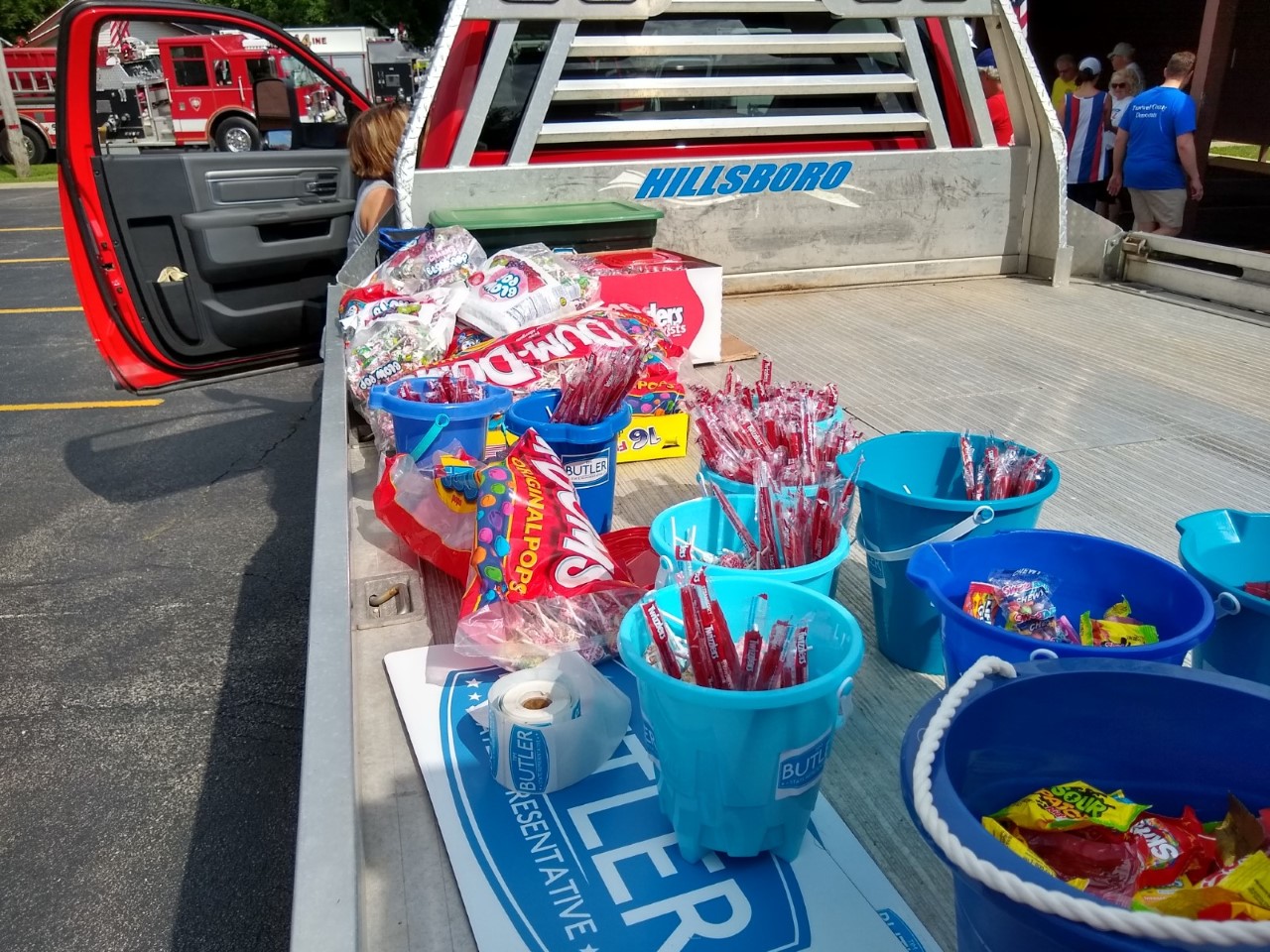 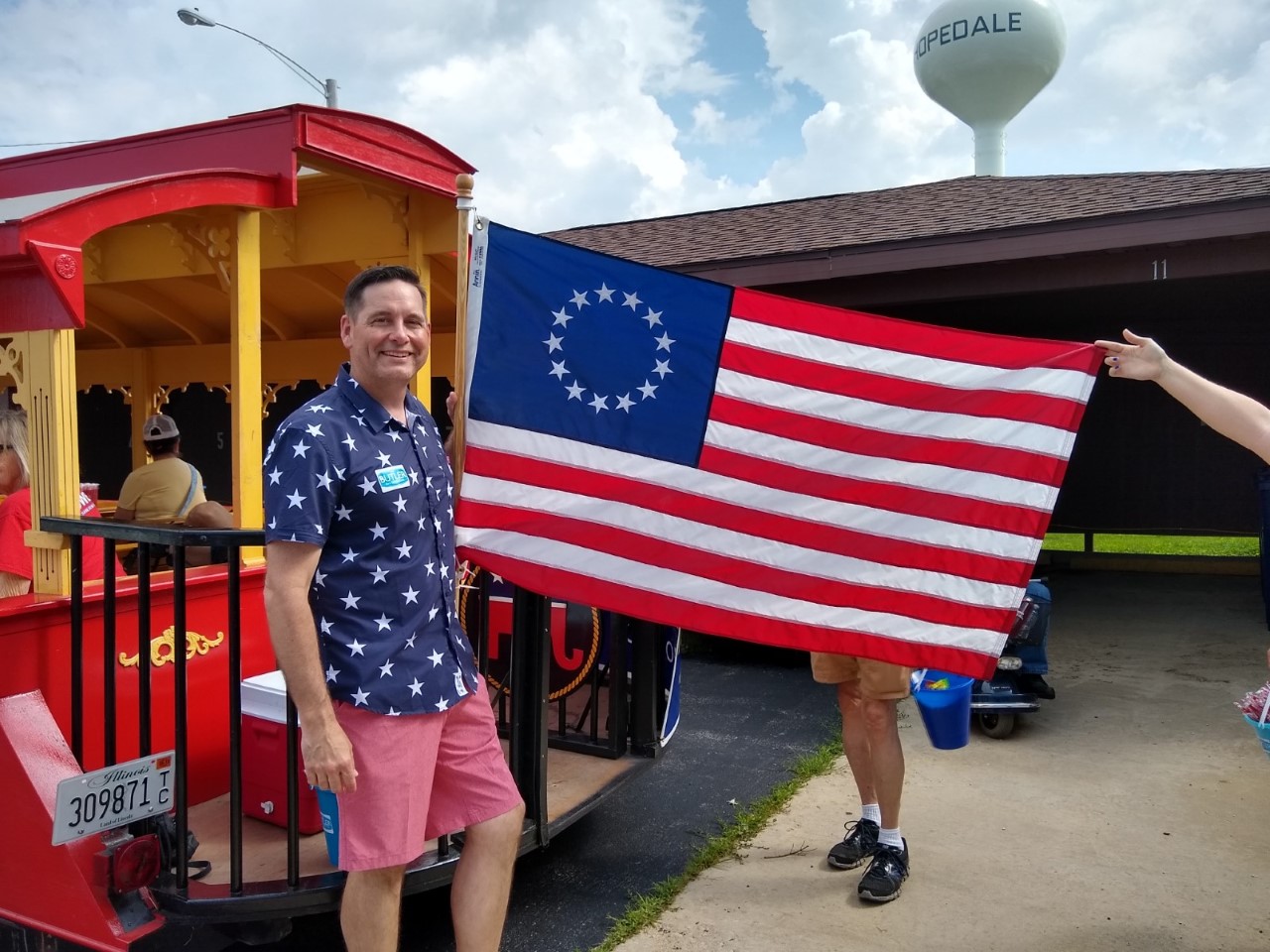 The following events are coming up:

Veterans Appreciation Breakfast from 8a to 10a @ the Morton American Legion

There will be other important events that are in the planning stages and will be scheduled as well. We promise we will send out reminders and notices of the above events and the not yet scheduled events to keep you informed.  As always, please contact the Tazewell County Republicans through email ([email protected]) or by calling the GOP office and leaving a message (309-353-8467) if you have any questions.  We love hearing from you.

(Caution: This editorial contains a curse word. Sorry, if it offends you but quite frankly, there is much more going on around you that should be offending you.)

It is very difficult to watch.  The Democrats are dismantling this state and forcing policies and laws upon us that we would never fathom.  Recently, during a Tazewell Co. GOP breakfast, Rep. Keith Sommer put it bluntly when he said; “We just don’t have the numbers in Springfield to do anything about it”.  I cannot imagine being a Republican politician in this state and having to go to work in our Capitol and face the onslaught of mind-blowing far left bills and proposals that any normal person would see as irrational and destructive.  But many of these progressive Liberals are not normal people and these are surely not normal times.

So what has to be done?  Unfortunately, elected Republican legislators are in the super-minority and have virtually no power.  They will do their best to contribute to the legislative process and will negotiate as best they can but, make no mistake, it is the Democrats who are in charge and shaping the future of this state.  This is where you and I come in.

Going forward, we will have some very tough battles which are winnable but will take all of us to defeat.

Only when we vote them out of office will we begin to regain control of our future.  And our children’s and grandchildren’s future.  Only then can our legislators begin to work on actually fixing the problems that plague us.  We all need to begin having those conversations about things people always said we should never talk about; religion and politics.  Time to talk about both.  Talk to your family, your neighbors, and your friends.  Talk to anyone who will listen.  Engage students and discuss with them what our Founding Fathers intended and why it is still relevant today.  Talk to your pastors and encourage them…no, insist they take a stand.  We have to do it.  Those who we elected cannot do it alone.  If we fail, I believe you will see an endless wagon train making an historical mass exodus from this state like never before and if you look very close, you might see me leading the way.