On the Tazewell County November 3 ballot will be a judicial retention question. 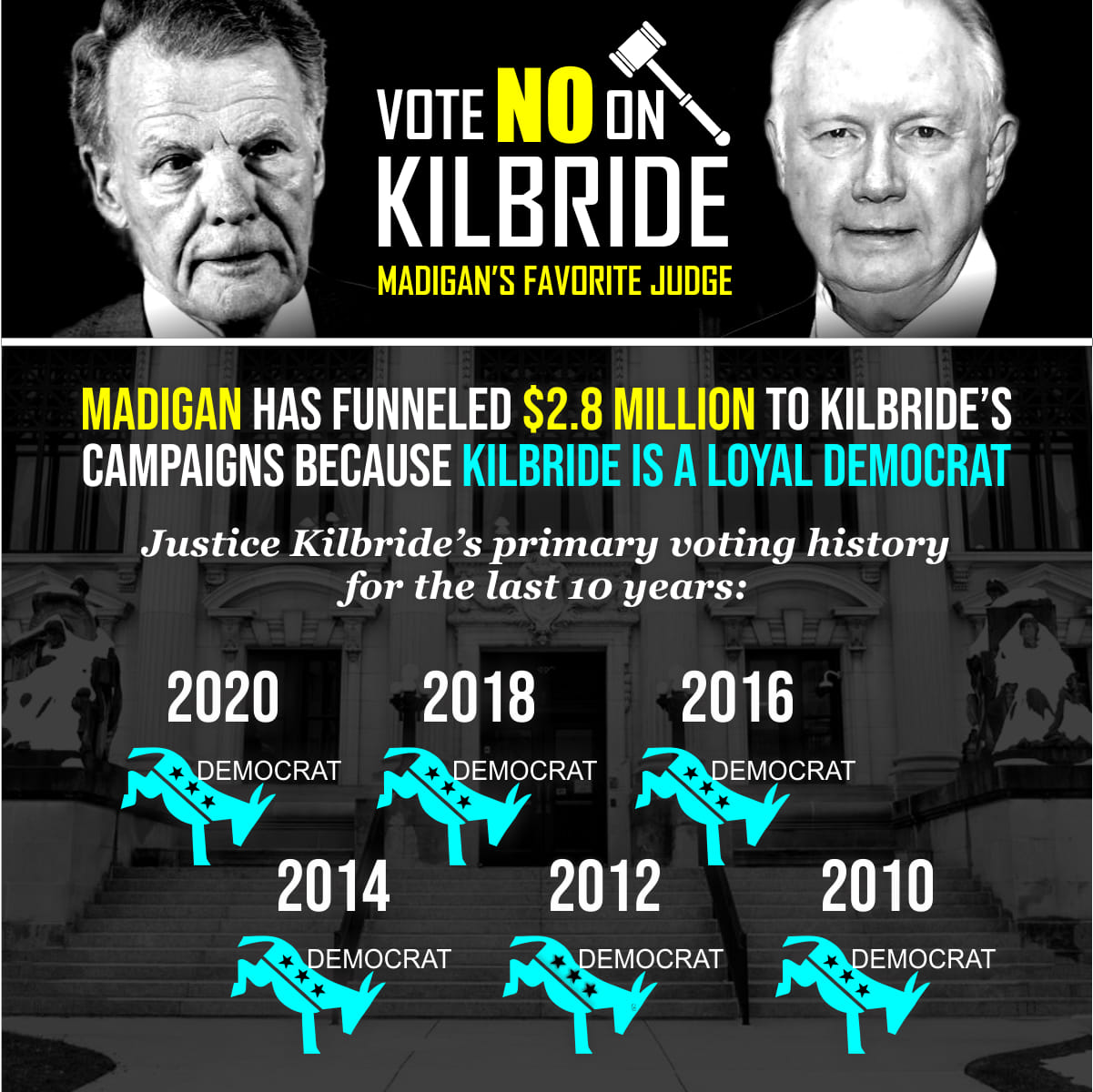 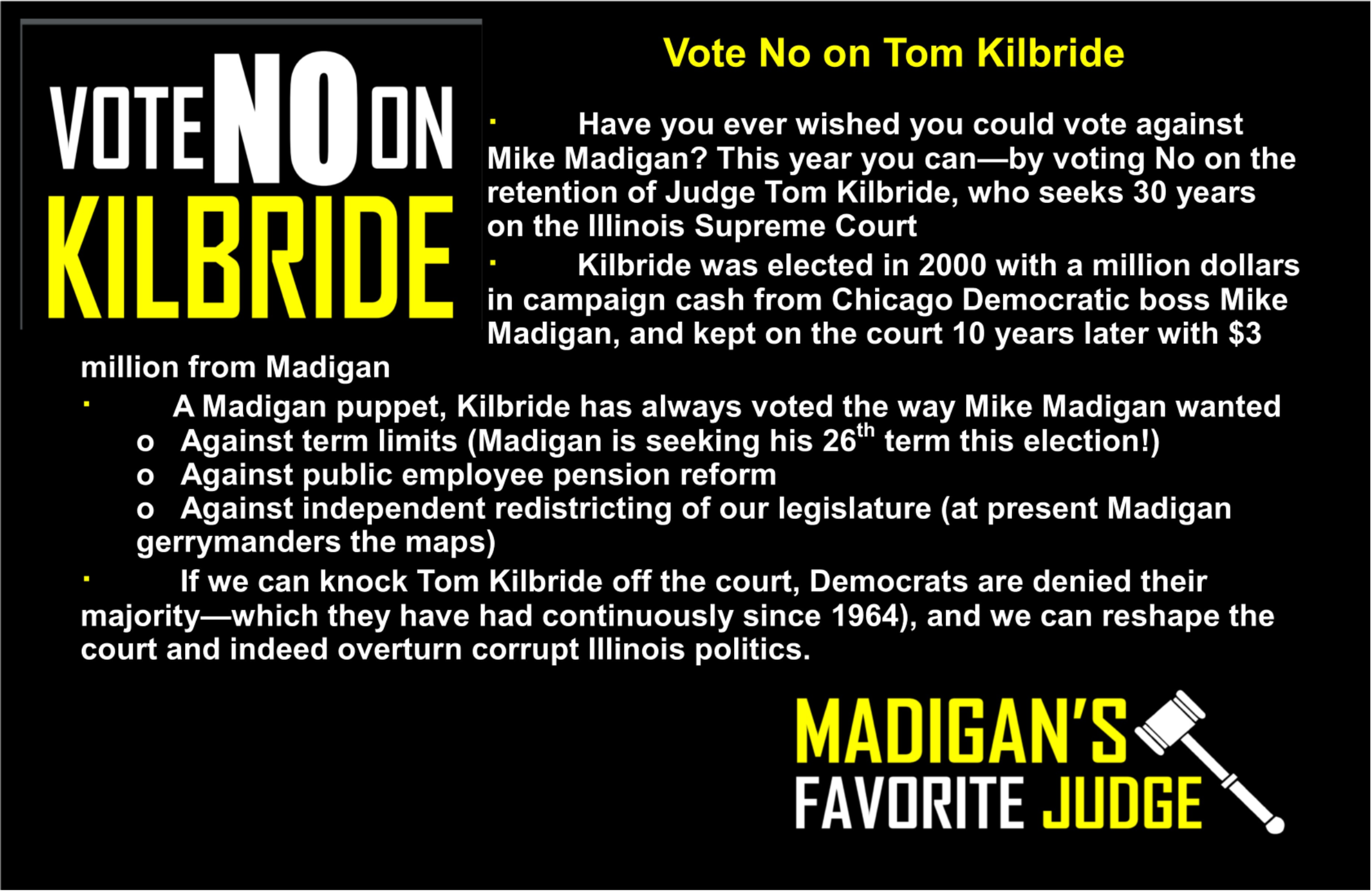 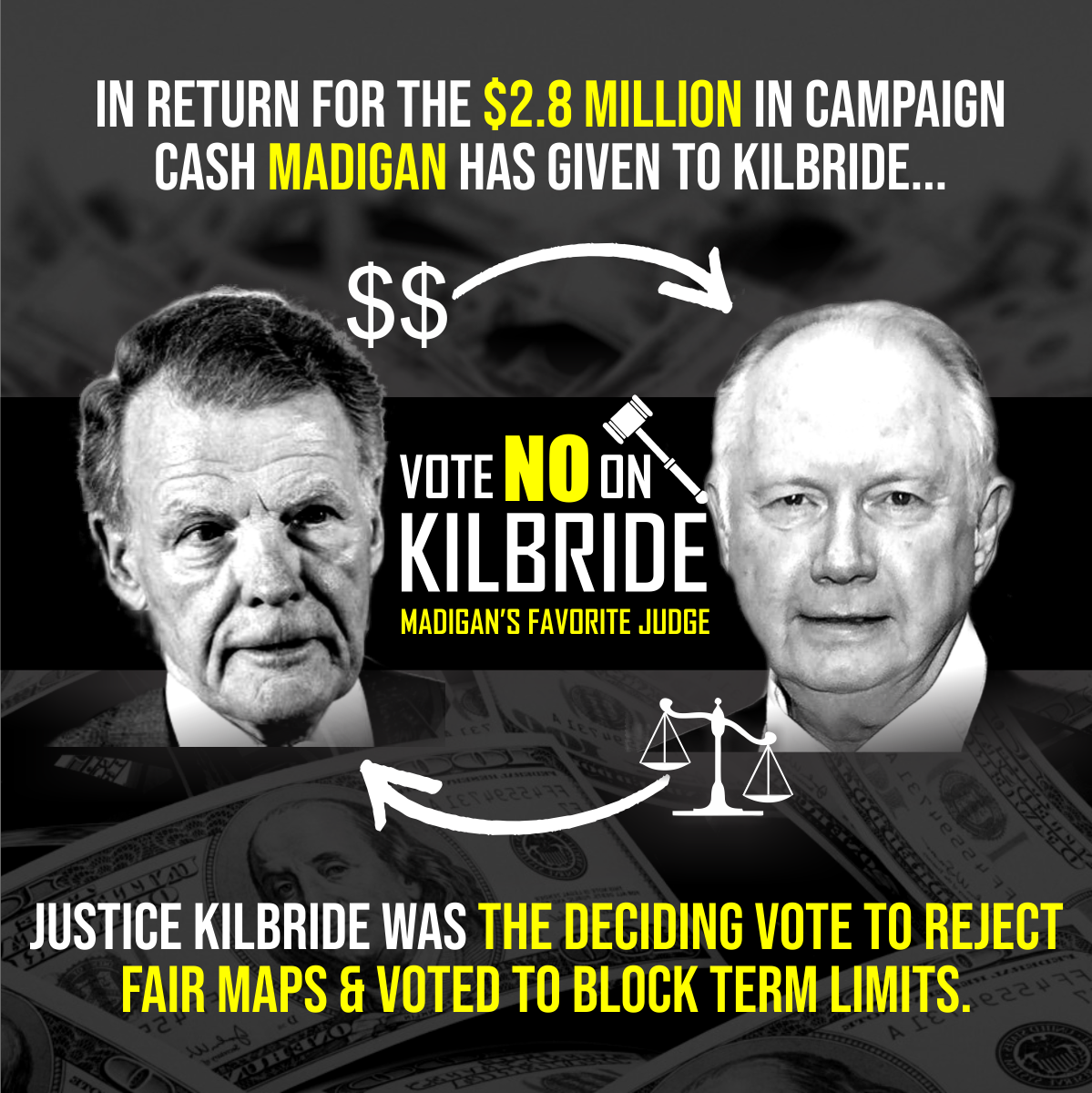 Link to the Vote NO on Kilbride Facebook page.

The current Illinois Supreme Court has 4 Democrats and 3 Republicans.  The 3rd Supreme Court District is Republican majority, and removing Democrat Thomas Kilbride would lead to a 4 Republican to 3 Democrat majority on the court.

VOTE NO TO RETAIN TOM KILBRIDE!

Thomas Kilbride has been on the court since 2000.  In 2010, three other Supreme Court Justices won retention votes with 80% Yes votes.  Thomas Kilbride only received 66% Yes Votes.  Flipping 3% of the vote in 2020 would only require 31,000 voters in the 21 counties in the 3rd Supreme Court District.  In Tazewell County, about 1,130 voters need to be flipped.

For more information, download this Summary from the Judicial Fairness Project (pdf)